YWCA Lethbridge and District evolved when a committee of representatives from local organizations investigated the need for a residence for students and working women in the area. By 1949, a permanent Board of Directors was organized and the Young Women’s Christian Association of Lethbridge and District registered as a society in 1951.

More than sixty years have passed since those humble beginnings, and YWCA Lethbridge & District has continued to grow and respond to the needs of the Southern Alberta community. Housing, homelessness, poverty, domestic and sexual violence, health, fitness, volunteerism, youth empowerment, leadership and a place to belong are all addressed at YWCA.

As a member organization of YWCA Canada, we share in the history and responsibility of being Canada’s oldest and largest women’s multi-service organization. Through YWCA Canada, we are connected not only across nine provinces and two territories, but worldwide, uniting 25,000,000 women and girls throughout YWCAs in 125 countries.

YWCA Lethbridge programs and services fall under one of Five Pillars that help keep us focused on enhancing lives through personal empowerment and supportive community.

After all, that’s Our Mission.

In Lethbridge, we’re best known for our Women’s Emergency Shelter, YWCA Harbour House. But, we provide crisis support for anyone exposed to domestic or sexual violence. Much of the work we do is focused on helping survivors heal and move forward with healthy lives.
Learn More … 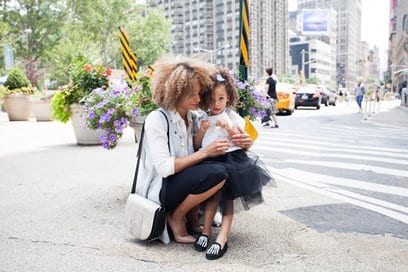 Survivors of trauma who receive proper intervention and support have a much better chance of healing and moving on. We offer many programs and services that help keep women, children and families safe and provide them with skills and tools to move on.
Learn More …

Much of our work involves connecting people with permanent housing and providing complimentary services that help them build life skills and become independent so they can successfully integrate into the community.
Learn More …

YWCAs worldwide work for the empowerment, leadership and rights of women and girls in more than 120 countries. While all of our work focuses on women in one way or another, we’re leaders in advocating for women with local, provincial and federal governments and agencies and work hard to raise awareness about issues impacting women.
Learn More…

At YWCA Lethbridge, we’re working hard to build strong and resilient future leaders! We have programs that  build self-esteem and a strong sense of self in young women. We also run groups and youth conferences that teach children and youth about healthy relationships, youth mentoring and classes that teach non-traditional skills.
Learn More…

We are an organization created by women that is leading the community with innovative solutions to enrich lives, promote fulfillment, and create happiness.

Imagine Canada is a national organization that works with charitable organizations, the private sector, governments and individuals in the community to ensure that charities continue to play a pivotal role in building, enriching and defining our nation.

The Accreditation Trustmark demonstrates to our donors, supporters and stakeholders that YWCA Lethbridge & District meets the highest standards of business practice in the charitable sector.

Our Values are the fundamental principles and beliefs that provide the foundation for the organization. They provide guidance on how to make decisions, how to view customers and how to treat staff.

continuity between appearance and reality, between intention and action, and between promise and performance in every aspect of the organization.

a protective, respectful environment, free from harm or danger

resolve to seek innovative solutions over multiple attempts to support all.

barrier-free opportunity and access to choice, resources, and service.